While monitoring a blogspot page that keeps embedding malicious scripts to execute on victim systems I seen some code changes that interested me. Specifically they added another payload for victim systems to retrieve.

A casual glimpse at the blog post below wouldn’t make you think that the post was malicious. However, it does contain embedded code that victims who are either currently infected or served a maldoc will execute. This blog post is located here.

In the interest of time I am going to not include the screenshots of the analysis of the initial “setup.exe” that gets served on the page above. Instead I am going to summarize what process led me to finding and analyzing the embedded backdoor.

The setup.exe file is a Nullsoft Installer(NSIS) when decompressed with 7zip there is a nice separation of each of the files that are embedded in it. The important file to analyze though gets dropped by the embedded InstallShield installer during the “installation” process.

One thing I will mention of interest is that the embedded installer claims to have a company name of “Amazon.com”. Which according to Intezer no surprise it has zero code reuse from Amazon.com software.

Analysis of of the backdoor I’m naming “SkidRat 1.0”:

This RAT is much smaller in file size compared to other RAT’s the are commonly seen. The actual binary is only 30kb in size.

Initial checks using Detect it Easy, ExeInfoPE, and PE Studio indicated that the sample was likely not packed based on multiple indicators. The entropy was low, the sample had very visible strings, the sections in the binary didn’t indicate they would be over written later, etc.

Static Analysis Screenshots – Quick check for use of a packer:

These initial checks also helped identify that the sample was written in .net. As such I knew I could use my favorite .net decompiler dnSpy

The main function that initiates the backdoor can be seen below. The first thing it does is construct the “MakeRequest” object. Followed by then calling the “MakeSubmitRequest” function within that object.

If arguments/commands are passed as a paremeter to the application then it will call the first version of WindowsUpdate.
WindowsUpdate(string getCommand) – Creates Handle, creates hidden window, performs an internet check, sleeps and then gets re-executed repeatedly(due to the main function).

If there is no arguments then it will call the same function but with an empty string as a parameter.

The internet connection check attempts to visit https://www.google.com. If this check succeeds then the program will return true to the calling function, if it fails then it will return false.

In the case of it succeeding then the “DoSmartWork” function gets called which in turn calls the “GoOnline” function.

GoOnline – Creates a “MakeRequest” object, calls the “onlineFunction” under the MakeRequest class. That function actually creates a new thread then returns. Then the GoOnline function calls “startupTimer_Elapsed” which in turn calls the “InformationAfterInstall” function. Finally there is a 30,000 msec interval set and the function ends.

The “InformationAfterInstall” is another interesting function.

If the new bool is equal to true then the RAT will run the “Execute_Cleaner” function. the startup timer is stopped and then disabled. Then the function will exit.

The “normalRunInformation” function attempts to hit another URL variant of the C2. The full URL of this request would look like “hxxp://18[.]218[.]2[.]135/service1.svc/getInfoAfterInstall”.

This function calls “uniqueKey.generator” which returns the cpuid, and volume serial key into the “dynamicJson” string. This is then sent to the URL above via a HTTP POST request.

The rest of this functions the same as the “MakeSubmitRequest” function.

The VM Detection function is titled “detectVM”. Specifically, this function performs a WMI request to get information from the “Win32_ComputerSystem” object. After that it then loops through all of the returned objects looking for the Manufacturer “microsoft corporation” and the Model containing the word VIRTUAL(to detect HyperV).

The next things it checks are for the manufacturer to contain the text vmware or VirtualBox.

If any of the checks come back as true then 1 is returned, otherwise 2 is returned.

Persistence is Achieved through the Run registry key within windows. This can be seen in the below two functions. It is worth noting that start menu based persistence in the ‘StartUp” folder is also created however I believe it may be created by the installer and not the backdoor. I couldn’t find anywhere in the backdoor code did this.

The binary is copied to multiple locations on disk however its primary location seems to be under the C:\ProgramData\WindowsUpdate\ folder. This can be seen in the below screenshots.

This is the function where data before it is sent to the C2 HTTP POST requests is encrypted. The best way I can describe this encryption function is the following.

This function takes in string input, the password “qwertyuiopasdfghjklzxcvbnm” is used as the password for the encryption. After the encryption process is completed the result is encoded in Base64 to allow it to safely be sent out afterwords over an HTTP POST request. 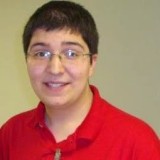